« NAVIGATE CHANGE: Create vs. React
GOLDEN FORM: Share Your Genius »
Thirty years ago today, a young Steve Jobs
stepped out on a stage,
unveiled the Apple Macintosh,
and rocked the world.

This unveiling accompanied what was undeniably
the most memorable and iconic product launch -
and example of epic storytelling - ever crafted. 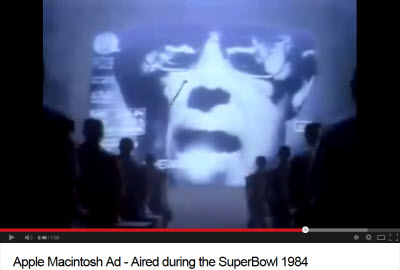 This was so much more than a product launch ...

... it was the launch of a creative revolution,
ignited by a visionary ... a visionary
who believed that, despite the odds
of going up against the gian "Big Brother" (Big Blue IBM) -
that the right to create "insanely great"
work belonged to everyone (not just behemoth companies),
and Macintosh would unleash that creative power
in each of us.

Today, we remember Steve Jobs as a visionary
and multimillionaire success story ...
and today, Apple has now become
the most valuable company in the world.

However, as is true for all visionaries
(as we saw with Martin Luther King, Jr. yesterday),
Steve Jobs' revolutionary path to success was marked
by challenges and change, stunning ups and downs,
on his story arc of success. 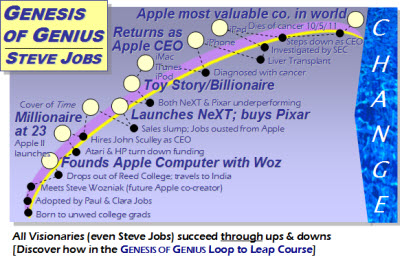 In fact, 10 years after he launched the Macintosh,
Steve Jobs was fired by his own company, Apple.

Though he initially was devastated (who wouldn't be?),
in hindsight, Steve would later say this challenge
was the best thing that could have happened to him. 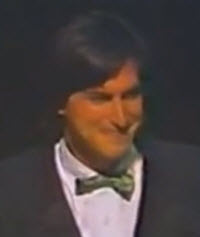 Moreover, he said it launched him
on most creative period in his life …
he started computer company Nexxt,
and a film animation company called PIXAR.

Funny thing – Apple bought Nexxt,
and placed Steve Jobs back at the helm.

And the rest is literally history -
as visionary Steve Jobs let Apple to craft success
after success after success
(from iPod to iPhone to iPad and more).

There's no question Martin Luther King, Jr. was a visionary.

There's no question that Steve Jobs was, too.

And if you have a VISION greater than yourself,
so are YOU.
Every self is visionary.

It wants to create a world
where it can thrive.

~ Margaret Wheatley, A Simpler Way
You're here - reading this right now - because YOU are visionary.

And it is by each of us sharing our compelling VISION,
and our own unique gifts and SIGNATURE GENIUS,
that together we create a world
where we can thrive.
Sampling of RAVE REVIEWS ...

Already, I've benefited from a PROFOUND TRANSFORMATION
and a reconnection to my core values ....
I now KNOW what I am to do ... So many things
that have helped me CRYSTALLIZE MY PLANS ...
Aline Munsch,
Riyadh, Saudi Arabia

The guided exploration, SPECIFIC, PERSONAL GUIDANCE,
insight and clear direction, and VISUAL PLANNING process
and tools are excellent! And my Advance One-on-One
Session with you - that ALONE is worth the entire investment!
Nicole Bennett,
Eugene, Oregon

Prior to working with you, Julie Ann, getting a client was something that would typically take up to
2 months… now, after our work together, I just met with a CEO this week and in 5 minutes he understood I was the right person for him to work with. And at 10 times what I was charging previously for this same program! All this clarity and precision about my offers and value comes from the [Signature Genius] work we’ve done together – of asserting myself and believing in myself, and understanding of the specific value I bring and understanding exactly what I do.
Anouche Erbil-Babayan
Paris, France
This is your chance to discover how YOU
can BE THE DREAM you wish to see in the world -
how you can embody and express your SIGNATURE GENIUS,
to IMPACT the world, and receive the INCOME
you desire and deserve by inspiring your own
tribe of ideal clients to their greatness ...

To your GENIUS!
Julie Ann 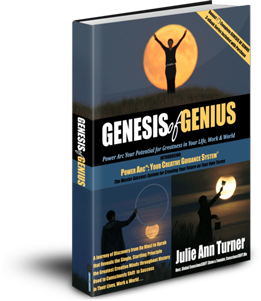 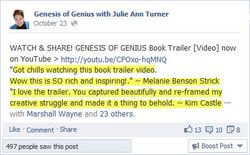